Do you remember a few days (actually weeks) ago, I promised on delivering a story every week? Yeah so after missing a week or two, yours truly is here for the simple purpose of telling you a story.

Here is this week’s entry from my side: 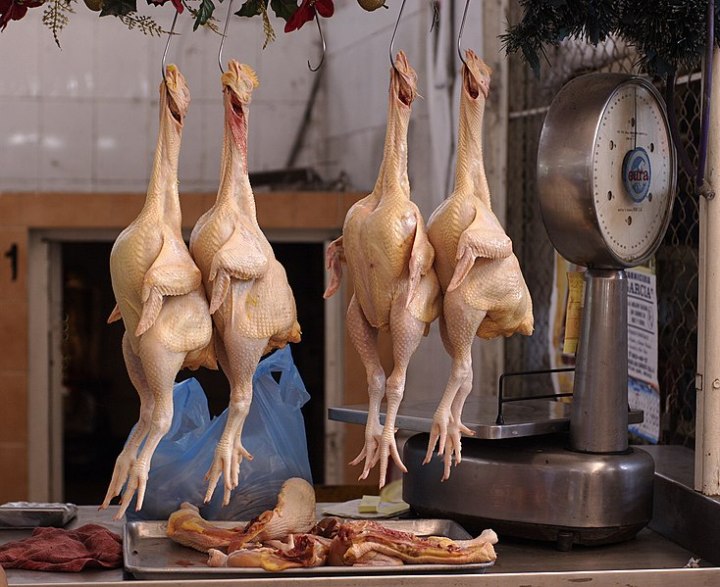 “Saab! This is the finest, the juiciest item, I have here,” the shop-keeper was advertising a product to a handsome gentleman.

I threw a shy glance in the said customer’s direction. With an immaculate garb, that must have taken him a few hours to assemble, the youth gave the airs of an elitist dandy. The scornful look, he had fixed on the carefully skinned poultry, only strengthened my apprehensions.

“Under normal conditions, I won’t be here, buying meat,” he was saying, “I have employees for such jobs.” What a snot! I thought.

“Today is a special occasion though so I will inspect the poultry myself, which judging by this lousy flesh you are offering me is not up to the mark,” he continued, “This has gone soft. I want it to be tender but firm.” Impossible expectations, I thought.

The butcher looked disappointed. He was hoping to get rid of that chicken today. It was not a fresh product, and he needed to sell it ASAP. Yet, that didn’t stop him from showing better stock to this young man. He couldn’t afford to lose a customer of his stature over a rancid hen.

The arrogant buyer selected the healthiest bird from the livestock that was cooped up inside various cages, which stood over one another.

He handed over his pick to the storekeeper and said, “I take this reluctantly. It is not up to my standard but then I am very hard to please!” He smiled. The effect it had on his features was singularly grotesque. Good looks, despite their legendary powers can’t cover the flaws originating from an unpleasant disposition, I thought.

Meanwhile, the chicken-seller sealed the fate of the fat hen with a swift yet powerful blow. Then he said, “Saab, don’t mind my asking but what is the important event?”

The abhorrent smile deepened as he answered, “A girl and her parents are coming to our place. You know, a marriage proposal. She might be the one although I doubt that very much. Standards!” He winked at the butcher, received his now neatly bagged meat, paid, and left in a hurry.

The shop-keeper pocketed the money greedily. He proceeded to hang the naked bird that nobody wanted on a wire. He had to display it; he was desperate!

I gazed after the fading figure of the self-indulgent buyer. I had played the role of the chicken in the society for too long. I knew, by experience that he will choose his wife, the way he had bought his meat. A woman or a chicken, at the end of the day, is nothing more than a piece of flesh!

Read what Midu has to say!